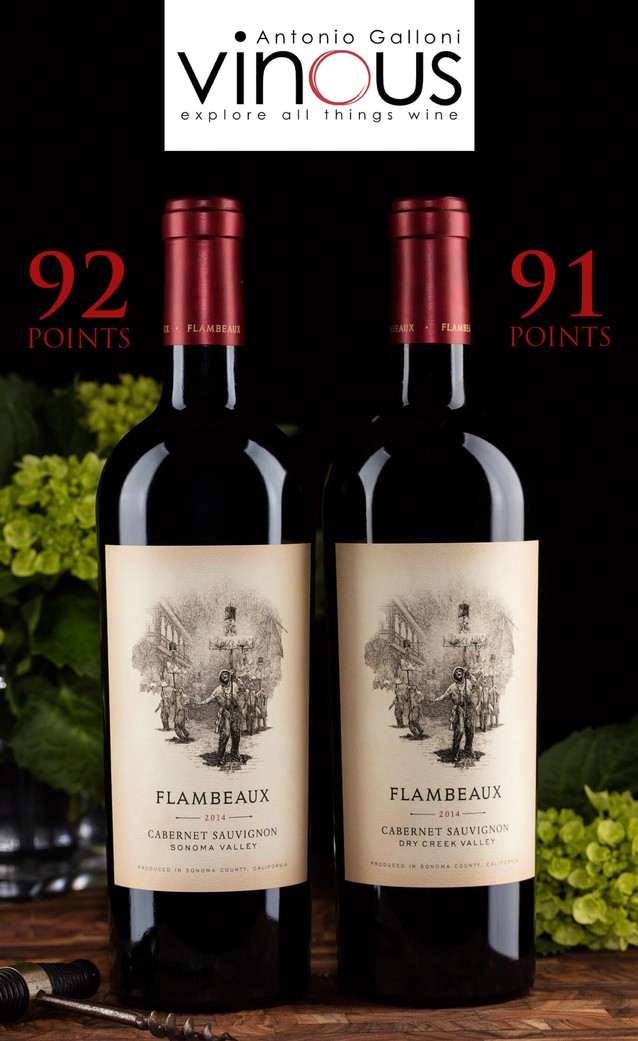 The 2014 Flambeaux Sonoma Valley Cabernet Sauvignon garnered 92 points. Galloni describes the wine as "quite dark and authoritative, yet also medium-bodied in structure. Inky blue/purplish stone fruit, graphite and savory overtones abound in this attractive, expressive Sonoma Valley Cabernet. Drink it over the next decade or so."

Of the 91 point rated 2014 Flambeaux Dry Creek Valley Cabernet Sauvignon, Galloni writes, "A powerful, burly wine... [It] offers plenty of depth and intensity. Beams of tannin give the wine its grip and overall palate feel, while hints of smoke, plum, coffee and licorice add quite a bit of nuance. This is another intriguing Cabernet Sauvignon from Flambeaux."